Family Lawyer in Tampa – Gary S. Dolgin has helped women, men, mothers, fathers, children and grandparents with their family legal issues. See what past clients have to say about their experience with Gary Dolgin as their legal counsel.

Former Divorce Client, Kari Explains How Retaining Gary Dolgin For Her Divorce Was The Best Decision She Could Have Made

One of Gary Dolgin’s former divorce clients, Kari, is grateful to Gary for helping her with her divorce back in 2005.

Although Kari’s divorce was relatively simple and quick to finalize, Kari was also going through some health issues at the time of her divorce which made it more challenging for her.

Kari really appreciated how compassionate and understanding Gary was, and how he provided her with encouragement and reassurance throughout the divorce process.

In this video, Kari shares her story about how best divorce lawyer in Tampa, Gary Dolgin helped her get through her difficult time.

Former Divorce Client, Jennifer Is Grateful To Gary Dolgin For Helping Guide Her Through Her Divorce

One of Gary Dolgin’s former divorce clients, Jennifer, is thankful to Gary for helping to guide her through her divorce 14 years ago.

As a Stay-At-Home Mom, Jennifer needed an aggressive and knowledgeable divorce attorney in Tampa who would help stand up for her and protect her best interests through her divorce.

It took over 2 years for Jennifer and her ex-husband to come to a final divorce agreement and Jennifer is happy that she selected Gary Dolgin to represent her.

Jennifer greatly appreciated Gary’s superior abilities to prepare her for and help her through numerous mediations.

She was also grateful to Gary for making sure that the details of her settlement agreement would allow her to be financially secure as she transitioned from being a Stay-At-Home Mom to entering the workforce again.

Watch this video to hear what Jennifer has to say about Gary Dolgin’s exceptional representation during her divorce.

Watch this video to hear what former Judge Kevin Carey has to say about Gary Dolgin.

Melinda’s divorce was challenging because her ex-husband was not willing to negotiate on several issues and tried to discredit her with expert witnesses in court.

Having a child with autism and multiple sclerosis, Melinda had not worked outside of the home for over 6 years and had no source of income when she and her ex-husband separated.

Gary Dolgin helped Melinda get an emergency court order for alimony and child support during her divorce to help pay her bills and medical expenses for her child.

Through Gary’s expertise and knowledge during court proceedings, Gary was also able to defend Melinda against her ex-husband’s expert witnesses and helped Melinda gain sole custody of her two children.

Melinda is grateful to Gary for all the support and superior representation he provided her during her challenging divorce process.

In this video, Melinda shares what she has to say about Board Certified Expert in Marital and Family Law, Gary Dolgin representing her during her divorce and helping her with child custody, alimony, equitable distribution and child support.

Brian’s children were being put in harmful situations and put in danger when they would visit their mother. So Brian retained Gary Dolgin to help him get sole parental responsibility of his two daughters in order to keep them safe.

Brian is thankful to Gary for helping him ensure the safety of his daughters and allowing them to grow up in a safe, healthy and nurturing environment, where they have thrived.

Brian is grateful for Gary’s guidance and help during his very difficult situation and highly recommends Gary as a family law attorney.

Watch this video to hear what Brian has to say about how child custody lawyer in Tampa, Gary Dolgin helped him and his family.

When Amy realized that her children were being put in unsafe situations when visiting their father, she did not know if there was anything she could do protect them.

After working with Gary Dolgin, she realized that she could take legal action to protect her children and get sole parental responsibility of them.

Amy is very grateful to Gary for helping her have the knowledge and confidence to legally protect her children.

Amy was very impressed with Gary’s diligence and caring as her child custody attorney and she highly recommends Gary to anyone who needs help with any child custody issues.

Watch the video to hear what Amy has to say about retaining Gary Dolgin as her child custody lawyer.

Client Tara retained Gary Dolgin to help her get her children back to Tampa safely after they were wrongfully taken.

Tara’s husband removed their two children from their home and took them with him to another state, without my Tara’s consent. Tara was especially concerned for the safety of her children since her husband had attempted suicide a month earlier.

Family lawyer in Tampa, Gary Dolgin helped Tara by obtaining an emergency court order here in Hillsborough County which was enforced by the court in the state where her children were. The children were safely placed back in their mother’s care and returned to Tampa.

Tara is grateful to Gary for helping to get her children back quickly and safely. Watch the video to hear Tara tell her story, and what she has to say about child custody attorney in Tampa Gary Dolgin.

What Clients Are Saying About The Law Offices of Gary Dolgin

Gary Dolgin helped me when my kids were kidnapped and taken across state lines by their father. He helped me get my children back in 3 weeks time. Gary understands the value of families, protecting children and keeping them safe. 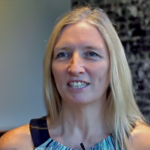 I didn’t have to worry as much and be on guard and figure it all out for myself as much because I knew that I had an expert there to really be that bulldog and steadfast and stick up for me when I knew I couldn’t stick up for myself. I am so grateful for everything that happened with me that I was able to find this 'bulldog' lawyer that could stand up for me at a time when I needed it most and for that I will be ever grateful. 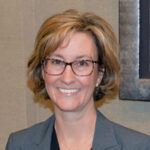 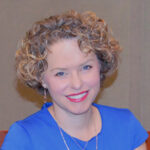 When I went through my divorce in 2007, I retained Gary to represent me. He did a very good job. Beyond knowing the law well, he just has a very good demeanor. I just felt very comfortable with him handling my case and we got it resolved relatively quickly, which I was pleased about. Gary's very professional, he cares about his clients, and he has a strong work ethic. I would certainly recommend him to any person who might need legal services in the family law area. 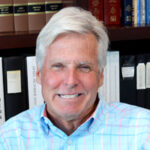 Exceptional, caring, dependable, and always communicated with me. Gary Dolgin is very knowledgeable about family law; I think he even knew more than the judge. Mr. Dolgin is always prompt at returning phone calls, compassionate, and always had mine and my children's best interest at heart. Gary Dolgin is excellent attorney and I would highly recommend him.

Gary helped me with some post divorce legal matters and I am beyond impressed with his dedication to my case. Gary is thorough, extremely knowledgeable about the law and very professional to work with. He is very clear and presents all possible options to me, always looking out for my best interests. Also, Gary is always available when I have questions, is very reliable and detailed in his explanations. Being board certified means he’s the best of the best here in Tampa and I would highly recommend him if you are going through a divorce or need any family law help! A+ 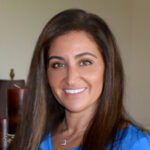 I can't say enough about Gary and the way he treated me through the whole system. He was very knowledgeable, intelligent and he had a way of explaining things to help me understand so that I was more confident during the whole process. Gary was able to help me negotiate and get the kids into my custody 100% of the time. This really changed the lives of my daughters, myself, my entire family. If you're looking for a great attorney, somebody who's going to work for you and is going to keep your thoughts in mind and help you with your children and your situation, Gary is the way to go. 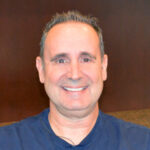 I was really impressed that each time I came to the office I didn't have to remind him of all the different details. He always remembered all of the minute details that were going on in my case. It really made me feel like he cared, and he really wanted to help me end up in a safe place. Through the litigations, I was able to take full custody of my children and to really provide them a safe environment. I don't think I would have had the confidence to do that without Gary's guidance. I am very grateful and I know that my children have been exposed to a very safe and loving home environment, and I really thank Gary for helping me with that. 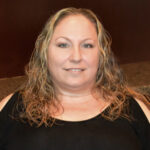 Gary is a consummate professional and I highly recommend you retaining him as your attorney. Gary is efficient, well respected, a family man of high character, principles, and values.. and most of all gets results for his client. As a father I know without a doubt I could not have achieved the outcome of rescuing my children without Gary's tenacity, experience, foresight, and reputation. 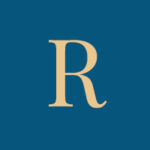 Mr. Dolgin provided me with excellent legal advice and services. He explained everything well and came through with all questionable issues. I found him to be reliable, courteous and professional. I highly recommend him without any reservations. 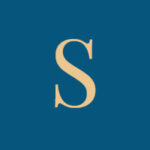 Mr. Dolgin is an absolute professional. His expertise in family law was evident within my first meeting with him. He had a great relationship with the judge and opposing counsel which was a major benefit. He was always available. He truly cared about my situation and ESPECIALLY the well-being of my kids. I would recommend him to anyone but my Ex.