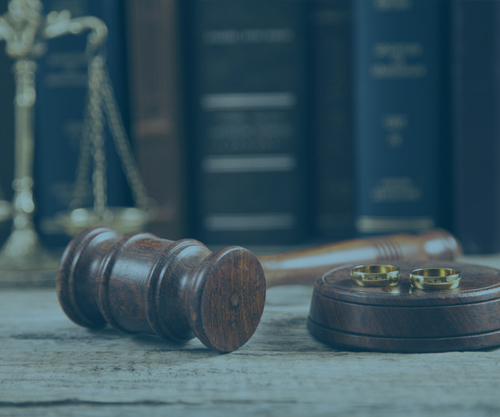 Divorce Attorney Tampa - Gary S. Dolgin Has Over 30 Years Of Experience In Divorce

Divorce attorney in Tampa, Gary Dolgin is ready to put his vast experience and extensive knowledge in family law to work for you so you can get through your divorce as quickly and as peacefully as possible

“Are you going through a divorce?

When you come into the Law Offices of Gary S. Dolgin, Tampa family and marital law firm, we will treat you like family.

We will guide you through the process, explain to you everything that’s going to happen and help you get through this stressful time.”

Watch what our divorce clients have to say about Gary Dolgin as a divorce attorney and how he helped them.

Melinda’s divorce was challenging because her ex-husband was not willing to negotiate on several issues and tried to discredit her with expert witnesses in court.

Having a child with autism and multiple sclerosis, Melinda had not worked outside of the home for over 6 years and had no source of income when she and her ex-husband separated.

Gary Dolgin helped Melinda get an emergency court order for alimony and child support during her divorce to help pay her bills and medical expenses for her child.

Through Gary’s expertise and knowledge during court proceedings, Gary was also able to defend Melinda against her ex-husband’s expert witnesses and helped Melinda gain sole custody of her two children.

Melinda is grateful to Gary for all the support and superior representation he provided her during her challenging divorce process.

In this video, Melinda shares what she has to say about Board Certified Expert in Marital and Family Law, Gary Dolgin representing her during her divorce and helping her with child custody, alimony, equitable distribution and child support.

Watch this video to hear what former Judge Kevin Carey has to say about Gary Dolgin.

Divorce Attorney in Tampa - Gary S. Dolgin Specializes in All Aspects of Divorce

No matter the complexity and difficulty of your divorce, Gary S. Dolgin has the knowledge and experience to help you.

Not all divorces are the same and Gary Dolgin has helped thousands of people going through all types of divorces in Hillsborough County, Florida, including:

With over 30 years of experience in divorce in the Tampa Bay area, Gary Dolgin will help guide you through all the complicated issues that need to be addressed when ending a marriage, especially if children and grandparents are involved, including:

Being Board Certified in Marital and Family Law Makes A Difference

While many lawyers may handle marital and family law matters at various levels, only those who have met the requirements of Board Certification are allowed to identify themselves as a “specialist.” Certification is the highest level of recognition by The Florida Bar of the competency and experience of attorneys in the areas of law approved for certification by the state Supreme Court.

Also being a Florida Supreme Court Certified Family Law Mediator, you can rest assured that Gary Dolgin has the knowledge and skills necessary to help you get through your divorce in the best possible way.

With Gary Dolgin’s consistent track record of uncompromising ethics and his great reputation among peers and judges in the Tampa community, you will be in great hands as he guides you through your divorce.

When going through a divorce, you want the best divorce lawyer possible who will be capable of helping you get through your divorce with the best possible outcome.

Having helped thousands of wives, mothers, husbands, fathers, children and grandparents through divorce in Hillsborough County, Florida since 1991, you can rest assured that Tampa divorce attorney Gary Dolgin will help you get through your divorce, taking care of your best interests diligently, with integrity and compassion.

To schedule a divorce consultation with Board Certified Expert in Marital and Family Law in Tampa, Gary S. Dolgin, please call (813) 999-2772, and it will be our pleasure to help you.

Tampa divorce attorney Gary Dolgin is ready to help you get through your divorce. Fill out the form below to request your initial consultation and it will be our pleasure to help you. 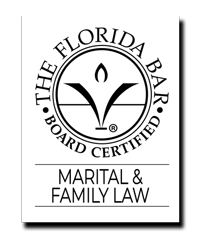 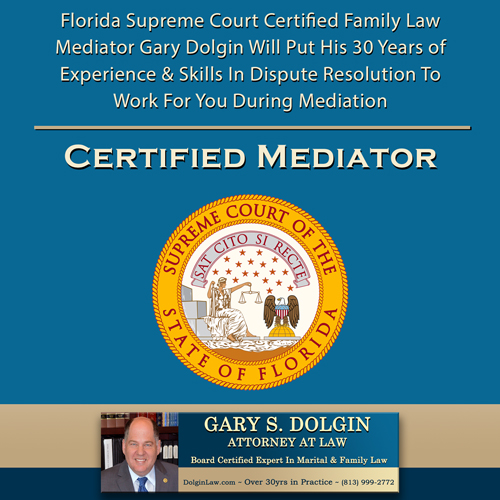