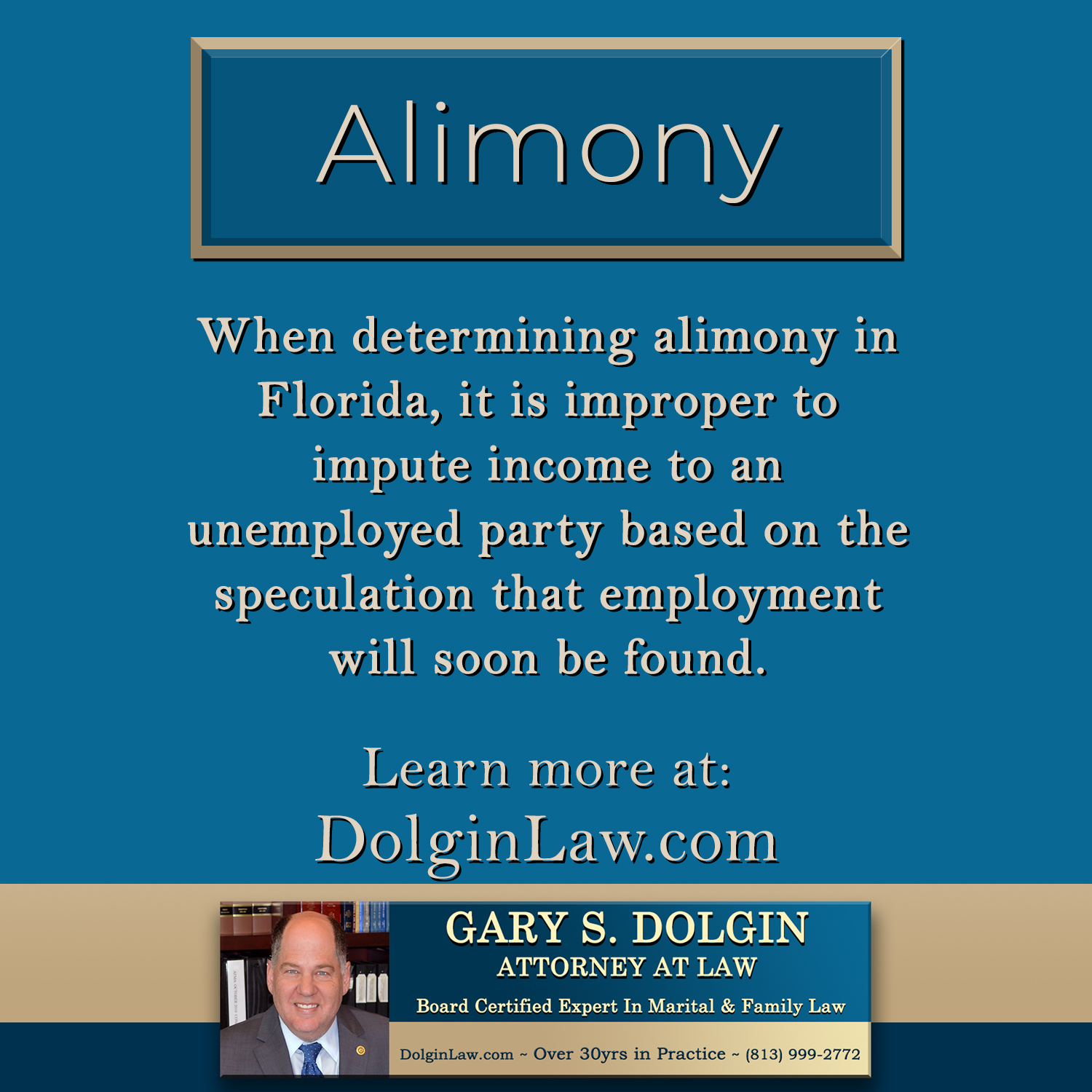 Posted on June 24, 2022 Author By family-divorce-attorney

Florida courts will typically impute income any time they feel that the financial picture one or both parties represent is not accurate. The court may impute income either on its own or it can impute income at the request of one party.

When there is insufficient evidence to determine the amount to impute, a presumption arises based on the spouse’s historical earnings; however, this presumption can be rebutted by the spouse to whom income is imputed. Lafferty v. Lafferty, 134 So.3d 1142 (Fla. DCA 2014).

It is impermissible to impute income to a party based on previous earnings that were only derived by illegal activity such as driving a truck more than the legal number of hours per week. Abbott v. Abbott, 832 So.2d 964 (Fla. 2d DCA 2002). Conversely, it is error to impute a reduction in income to a party based on speculation that a business will not be as productive in the future. LaSala v. LaSala, 806 So.2d 602 (Fla. 4th DCA 2002).

Income from a second job may be considered for alimony purposes. If the second job later ends, modification may be appropriate. Hollinger v. Hollinger, 684 So.2d 286 (Fla. 3d DCA 1996).

Here at The Law Offices of Gary S. Dolgin, we will put our knowledge and 30 years of experience to work for you, whether you are seeking alimony or defending a claim against alimony.

Being Board Certified in Marital and Family Law as well as being a Supreme Court Certified Family Law Mediator sets Gary Dolgin apart. He will put his expertise to work for you and advocate for the best possible result in your alimony case.

To schedule an alimony consultation with Board Certified Expert in Marital and Family Law in Tampa, Gary S. Dolgin, please call (813) 999-2772, and it will be our pleasure to help you.