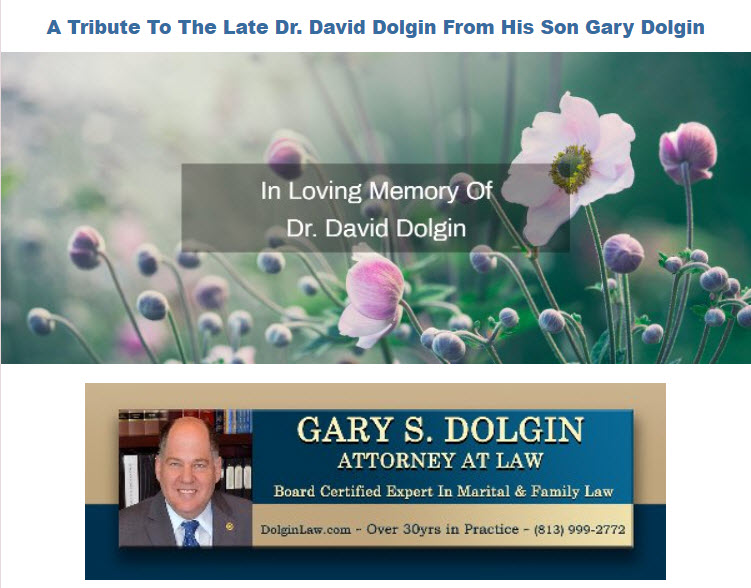 Posted on January 20, 2022 Author By family-divorce-attorney

The month of January is bittersweet for Gary Dolgin, as his father, the late Dr. David Dolgin would have celebrated his 91st birthday on January 20th.

Our January Newsletter is dedicated to Gary’s father, Dr. David Dolgin who passed away unexpectedly on January 13, 2009 at the age of 77.

Dr. Dolgin was vacationing in Bangkok with his wife Ann when he suffered a pulmonary embolism that took his life.

Gary shares his sentiment and some special memories in a special tribute to his father.